“Being a first time mum, my ultimate goal was to make it to 6 months of breastfeeding my baby. You see, I am a type 1 diabetic, and I was told by Doctors, Nurses and even friends that diabetics can’t breastfeed.. Boy, with the help of the Milkbar Breast Pump could I prove them wrong.

I met Laura, the owner of Milkbar during our stay in NICU as she was in our nursery with her son too, and while we were there with her I learnt a bit about her breast pump as we were pumping all the time!

After coming home from NICU with my son I was using another brand pump and didn’t feel like I was producing as much as I could have been so I purchased the Milkbar pump. I halved my time pumping and almost doubled my breast milk per pumping session. I went from spending 20 minutes each side on the other pump and only getting 80ml, to spending only 10 minutes on each side and getting 150ml!

I would recommend this pump for any first time mum - Thank you Milkbar breast pump!!” 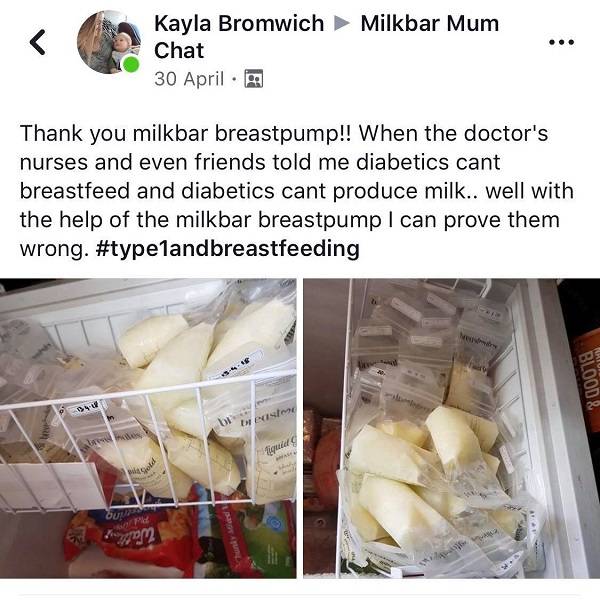